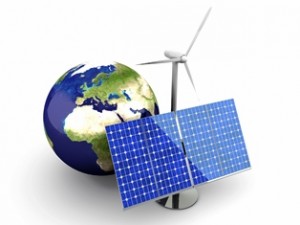 UIPI welcomes the Energy Union Strategy and senses a clear willingness from the Commission to further promote financing for energy efficiency renovation in buildings. UIPI hopes that the private housing stock will not be left out.

On 25 February 2015, the European Commission launched its Strategy for a European Energy Union with an ambitious climate policy able to provide secure, sustainable, competitive and affordable energy for EU consumers. Among the five mutually-reinforced and closely interrelated dimensions, energy efficiency is considered to be a top priority and the strategy plans to fundamentally rethink it and treat it as an energy source in its own right contributing to the moderation of energy demand. A fully integrated European energy market is also among the key objectives of the Strategy.

UIPI welcomes the ambitions of the Strategy putting citizens at its core. There is a clear need to improve the effectiveness of internal energy retail market to enhance consumers’ choice of suppliers and making switch between suppliers easier.

UIPI also strongly welcomes the acknowledgement of the fact that attracting investments at the scale needed to improve energy efficiency in the building sector remains a challenge. Therefore, UIPI is particularly supportive of the European Commission’s call on Member States and regions to make more use of European funds for renovation of housing. UIPI hopes that the Commission’s promise to simplify access to existing financing, offer ‘off-the-shelf’ financial instruments to the European Structural and Investment Funds managing authorities, develop new financing techniques and technical assistance are not empty words and that they will translate into concrete actions.

“As stated in the Strategy, the EU has already put in place the world’s leading set of measures to become more efficient in EU’s energy consumption, but actions by Member States, particularly at the local and regional levels, are needed to exploit the energy efficiency potential of buildings.

We sincerely hope that the Strategy is a sign of the Commission’s willingness to increase its effort to finance energy efficiency renovation in buildings and encourage Member States and local authorities to do the same in particular for small scale individual projects. There is an urgent need to further focus on the large part of the building stock that is the most difficult to address: the privately owned residential sector. If we fail to provide sufficient incentives, awareness raising and technical support to private individual property owners, the implementation of current and future policy initiatives will remain vain. The success of the Energy Union depends on the involvement of property owners. We hope that, in this regard, the Commission will not be small in action.”