For the second portrait of UIPI Feature Series on Building Heritage, we head to Spain, one of the countries with the richest heritage in the World. Juan Botey is the owner of the Mas Cals de Fitor and of the surrounding estate, the Finca de Fitor, a forest area in the region of Bajo Ampurdán (Costa Brava, Catalonia, Spain). Juan is also an active member of MONUMENTA, the Catalonian Association of Castles and Listed Buildings Owners. The Mas Cals de Fitor is a 1500 m2 “masía”. The masías are typical rural constructions common in the times of the Kingdom of Aragon. They are isolated structures that were often used for family farming and livestock sheltering purposes. This masía dates to the end of the Carolingian domination. Ancient parchments from 948 already accredit its historical role and importance. The masía is located within the Finca de Fitor (“Fitor’s estate”), a forest area in the region of Bajo Ampurdán. The estate is rich in 26 monuments from the Neolithic period, silver mines dating from the Phoenician and Greek commercial hegemony and Roman colonisation testimonies, such as a part of the Vía de la Ganga (a Roman street from 219 B.C.) and six Roman villas. The other masías that are part of the estate have been transformed to meet new living standards, especially during the 19th and 20th centuries. Unfortunately, they have lost most of their original characteristics. The Mas Cals de Fitor is an exception.

"The preservation of our built heritage should be done by giving a functional role to those buildings rather than transforming them into museums."​

What is your personal link to this property? How long has it been in your family?

Both I and my wife have a great sensibility for this heritage. I had to work all my life to keep it in good condition. The masía was bought by my father in 1950. I inherited it eighteen years later and restored it in 1985, paying particular attention not to sacrifice its style and historical character. Since then, I try to make it self-sustainable. I am managing the property and we have reintroduced the 300-year-old cork harvesting activities – which takes place every 12 years – and cork stoppers production on the estate. I like to think that these activities make us a unique type of owners!

What is your motivation to own and preserve such a building?

For us, it is clearly a living piece of history that, astonishingly, was passed down over the centuries almost entirely intact. We feel a strong responsibility to transmit its historical significance to later generations, trying not to alter its essence and beauty.

Would you have an anecdote or memory to share with us that made you feel proud to be the owner of this property?

During our 1985 restoration, we had to repair the vault in the main hall which was built around 1800. The hall had some typical characteristics from that period, notably a so-called “lleixa de la núvia” (bride’s shelf), where the gifts offered by the bride’s family were exhibited in order to demonstrate their standing to the property heirs. The shelf was intact. When we emptied it to proceed with the restoration, we found some old ceramics, rubbles, etc. More surprisingly, we also found a collection of cork planks, dating back from the very first cork harvests on the property, at a time where cork extraction was a very profitable business almost as profitable as extracting gold would be nowadays.

What are the specific actions required to keep this type of building in good shape and preserve its history and architecture?

In Spain, and maybe even more in Catalonia, the main challenges lie in the countryside access to basic infrastructures (such as electricity and telecommunications). Mas Cals has its own photovoltaic installation for producing electricity but it has no telephone network coverage yet. Nonetheless, thanks to the city council, we now have a domestic Wi-Fi connection. 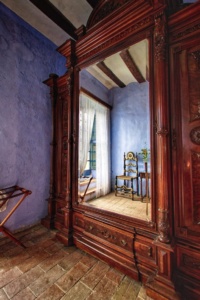 Have you undertaken actions to adopt this building to modern living standards and how did you manage to do so while preserving its heritage value?

The masía was inhabited by the same family for 1000 years and has inevitably been ‘modernised’ throughout the centuries. Curiously, despite the variation in living conditions and standards during the last century, its adaptation did not affect the property’s basic infrastructure (piping system, exhaust pipes, etc.). This is exceptional.

Many masías’ owners are nowadays facing a kind of ‘modernising versus preserving’ dilemma, mainly due to the common belief that the building needs to meet all kind of modern standards (such as the inclusion of a bathroom in every bedroom, a re-appropriation of the space used for animals in the past or the replacement of the kitchen and chimney with modern infrastructures and appliances). Such transformations, superfluously considered necessary, are jeopardising the nature and the historical value of these properties.

Our task was to preserve this gem. We have renovated the electrical infrastructure and installed cold and warm running water, but, for instance, the antique chimney remained untouched and kept its soul as the convivial centre of the house. We have also kept the stables as we sometimes host exhibitions.

What are the current national or local policy framework and financial incentives in place? Do you make use of them? What could be improved?

Sadly, from this point of view we seem to be completely forgotten by many public authorities. We depend on the local authorities and mayors’ common sense and initiatives.

In your opinion, how can we motivate private owners of cultural heritage buildings to have an interest in maintaining their properties?

I think that property owners are aware of the incommensurable value of what they own, but, depending on the country and conditions, there are still many difficulties to preserve those estates and make them profitable. In Spain, the Law on Patronage is, unfortunately, lagging behind. Property owners are not encouraged to use private capital to start restoration works to make their estates profitable. We are still at an early stage. Public-private collaboration should be a source of inspiration and opportunities, rather than a reason for discouragement. I also think that property owners can learn from exchanging ideas and partnering with their peers.

What would be your idea on how to share the heritage value of your property with the public?

I think that the preservation of our built heritage should be done by giving a functional role to those buildings rather than transforming them into museums. Yet, this needs to be done cleverly in order to share their historical value with the general public. Publicly owned heritage properties are often shared with the public in a museum-like fashion, which progressively leads to their depersonalisation. Our role as private property owners is to preserve our heritage precisely by transmitting their secular values.

At Mas Cals, we currently offer gastronomic as well as bed and breakfast services, organise exhibitions, concerts and dissemination of cultural heritage content in general. To avoid overcrowding, we run the business on request. It is a difficult exercise, but we manage.

If you were to give one advice to the generation that will take over your house, what would it be?

Do not lose the historical meaning behind these properties! Do not forget the reasons why they were built and try to give them a purpose of promoting culture. 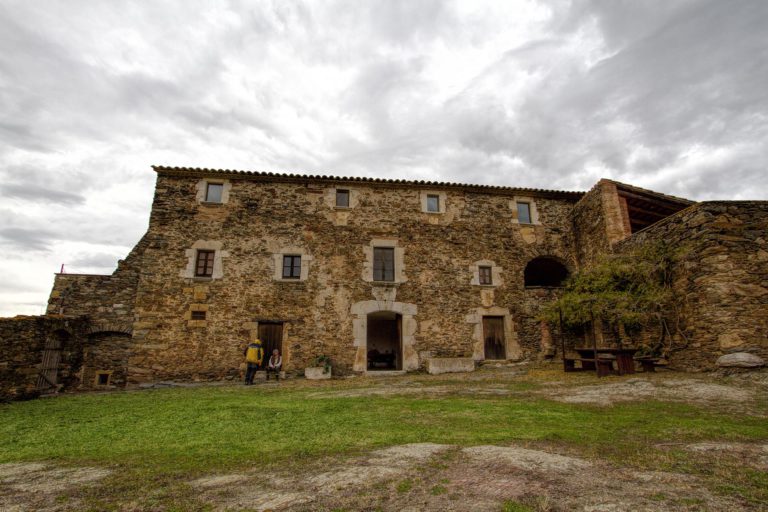 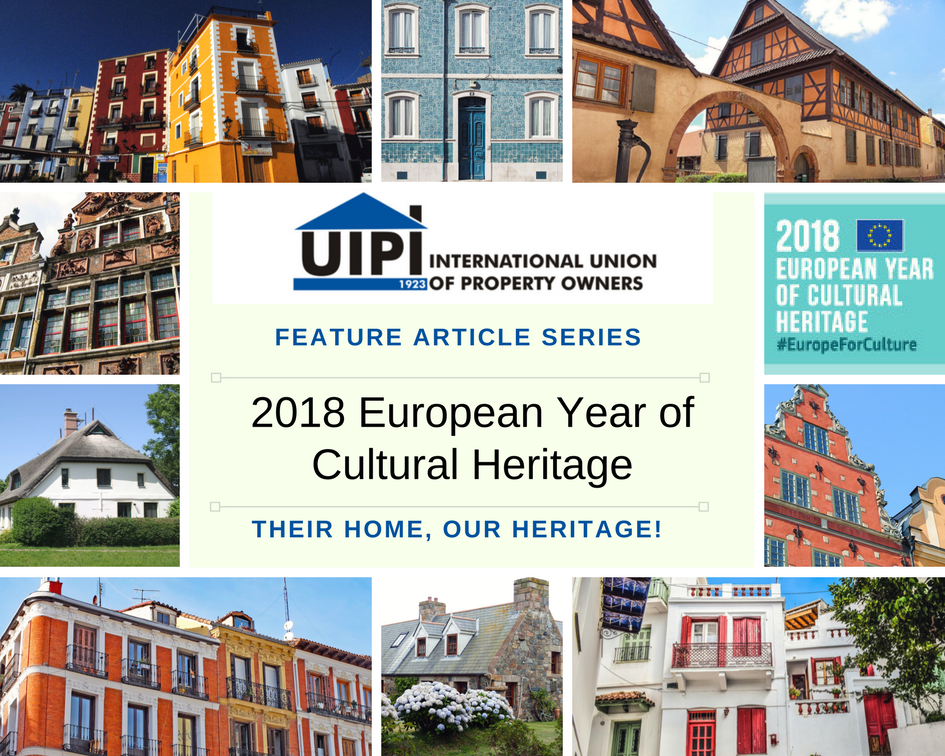 In June, for our third portrait, we will meet a young Belgian owner who is putting tremendous efforts into renovating his family castle in the Belgium Province of Limburg.