For our first issue of the “Meet our Member” article series this autumn, we would like to introduce you to the Confederación de Cámaras de la Propiedad y Asociaciones de Propietarios de Fincas Urbanas de España, or CCPU. Officially established in 1996 as an independent and politically neutral entity, the CCPU unites, coordinates and represents a range of property owner chambers and property owner associations from all over Spain. Agustín Pujol, Vice-President of UIPI and CCPU representative is our interviewee in this article, and will elaborate on the past, present and future of the association.

Agustín, tell us about your association

The Confederation of Chambers of Urban Property (CCPU) is a Spanish state-level non-profit association, whose main objective is to defend and promote the general interests of urban property and property owners in general. Likewise, the CCPU represents and coordinates the different regional and local non-profit property owner chambers and associations across Spain. The CCPU was established in 1996 as an independent and apolitical entity from the Public Administration. 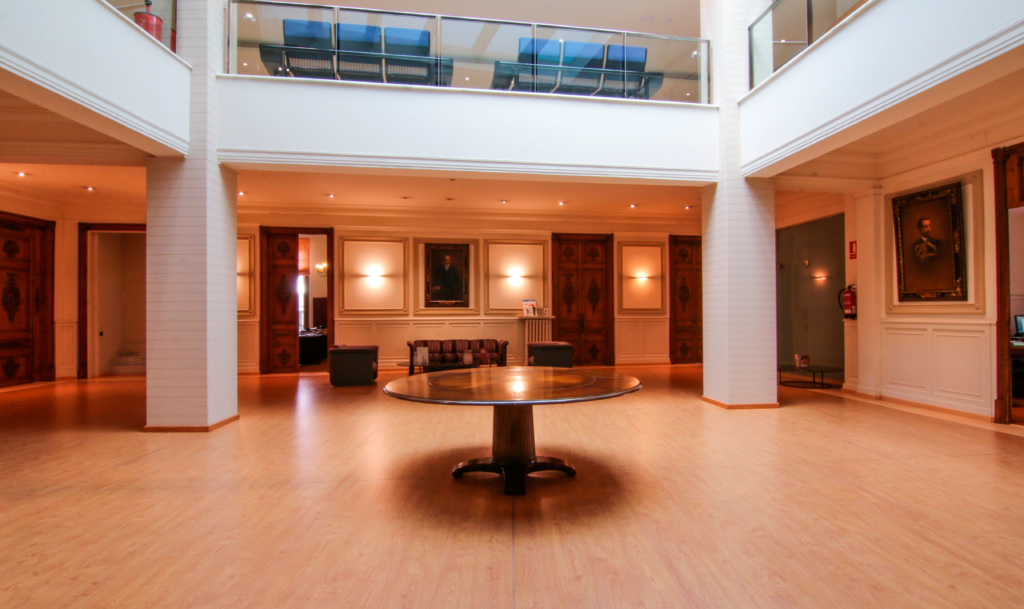 CCPU is an association with a lot of history.

CCPU was established following the State Government’s dissolution of the previous Official Chambers of Urban Property, as these organisations were of a public and official nature. As of their clearance around 1990, the Official Chambers ceased to exist and some, approximately one third, were reorganised privately and associatively, creating the current CCPU, and replacing the old Superior Council of Chambers.

Which services do you provide to your members?

The CCPU does not have an executive power. It only represents and coordinates the organisation of its members, which are the current Chambers of Urban Property and Homeowners Associations in Spain. There are currently 22 autonomous regional or local Chambers and Associations: 10 in Catalonia, 9 in Castilla-León, 2 in the Basque Country, 1 in Andalusia and 1 new association recently incorporated in Madrid. In recent years, work has been done to integrate new local and regional associations, in Andalusia, Aragon and Valencia, which are expected to join soon.

Which are your overall activities?

The CCPU has mainly a representative role towards Public Administration of the Spanish State, Ministries, General Directorates of Housing, Parliaments and so forth. The individual Chambers and Associations provide a more direct and comprehensive service to property owners in general and their affiliates. These are linked to urban property and housing, such as legal, fiscal, technical services, advice and consultations, property administration, purchase and sale of real estate, insurance, contracts, mortgages and management of rental deposits. In other words, CCPU offers comprehensive services that solves all doubts and problems that may arise to any owners, regardless of whether they are a affiliated members or not. Obviously, we charge fees for our services, the rate of which depends on whether or not you are a member of an association or chamber.

How do you organise your lobbying activities?

We advocate our members’ interests at State and Autonomous level, intervening when issues regarding property are debated. Our role is to convey our members’ concerns and expectations and father feedbacks on how our sector contributes to the economy and the well-being of the society and how, new laws and regulations could impact our sector, wether positive or negative. Recently, we intervened in the Spanish Parliament when the inti-illegal occupation law was being discussed and passed.

At the local level, there is a lot of direct contacts and exchanges with the largest municipalities of the territory, mainly in those towns where there is a chamber or association. Our objective is to make ourselves visible and heard among the general public and the Administration as the representatives of such an important and numerous group: the urban property owners. 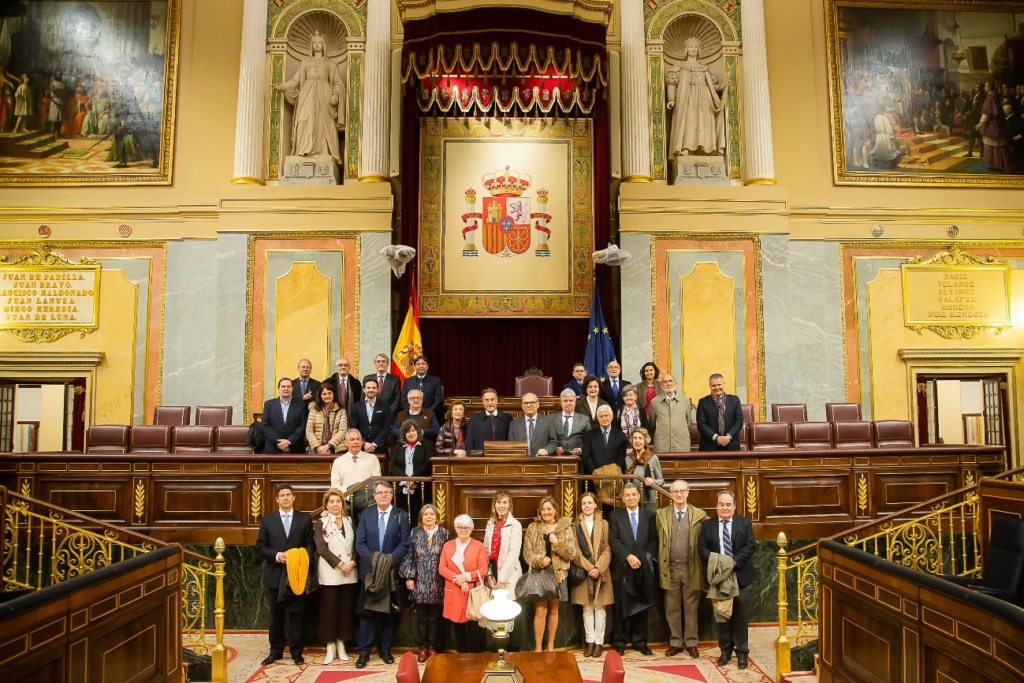 If you could ask your national or local government for something, what would it be?

At national level, we would ask for a stable legal framework in the rental sector, for long-term visibility and greater security for property owners. We also believe that Court cases overload strongly impact the timely resolution of legal claims, notably for non-payment of rents and other property related issues. We also consider that the state housing policy has been insufficient in recent years and that more investments in the sector are needed to resolve the current housing related problems, notably by building more, including more affordable housing.

What do you expect from the current EU legislature?

Legal certainty, timely implementation end enforcement of EU rules is key. I also hope that there will be a rapprochement between the European Union and its citizens. There is still a significant gap between citizens and the institutions in Brussels, a fact that causes an alarming disinterest in the main decisions taken in the European decision-making bodies.

What are the most pressing issues for your members right now? Are there any specific events that affect the Spanish real estate market?

Several issues are of concern for us right now, in particular the introduction of rent control, which follows last year’s introduction of the Government’s Reference Indexes Law. The index establishes minimum and maximum prices according to a series of parameters relating to location, useful surface area of the dwelling, state of conservation, equipment, etc. In Catalonia, the regional Government has taken a further step forward with the unilateral approval of a law that sets the maximum income to be established in new rental contracts.

Another matter of concern for the sector we represent is the illegal occupation of properties. The Spanish law does not suitably tackle this problem; illegal squattings are growing, owners feel defenseless and it is generating a lot of social concern.

All these problems stem specially from the lack of investment in housing that would alleviate the pressure on the existing stock. We notably need to tackle our public housing deficit in Spain. We have a small social housing stock (less than 4%) and not much is invested in the sector, except for example in regions like the Basque Country, where the government is buying existing stock for social housing purposes.

How do you relate and communicate with your members on a regular basis? And are there any specific activities organised meant to strengthen the size and relationship with your membership base?

We interact with our individual members through newsletters, publications in the press, and more recently through all kinds of social networks. One of our future objectives is to digitalise our services, with the intention of improving communication between affiliates. We also organise different events and conferences, all aimed at informing and training our members.

As mentioned before, our role is to help our members to professionalise their rental and ownership activities, make them more aware of the current legislation, challenges and opportunities faced by the real estate market. For example, few years ago we collaborated in an EU-funded project together with UIPI to raise awareness among property owners on the actions they can undertake to make their properties more energy efficient. This was a big success and we are looking forward to do more training and awareness raising campaigns in the field. Our chambers are also holding online training and courses, (e.g. on property taxation). We also have close contact with the academic world. Our Catalonia chambers collaborate with the UNESCO Chair in Housing at Rovira i Virgili University, unique in the country.

Spanish market is being hit hard by Covid-19 crisis, how do you overcome that?

The housing and real estate sector fortunately has not been as badly affected by the current crisis as other sectors, such as the tourism or hotel and catering sectors, although the pandemic is also impacting on our members and their tenants – both in the residential and commercial sector. Our Chambers played a key role in mediating between landlords and tenants, to negotiate rent reduction, rent deferral or other assistance. Property owners, in general, have acted with a great sense of solidarity. 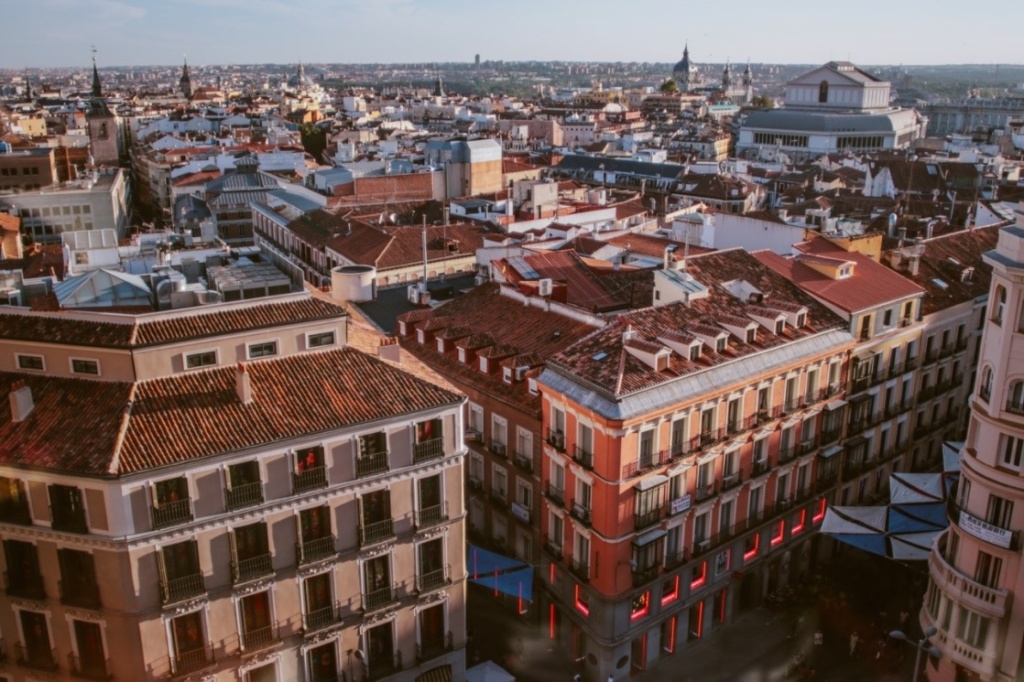 What are you doing to join the energy efficiency Renovation Wave and to match the European Green Deal objectives?

Our objective at the Chambers, as bodies close to the communities of owners, is to raise knowledge and awareness about the need for energy renovation. Many communities do not see it as a priority issue, despite the fact that energy efficiency policy has been on top of the EU agenda for years. We also inform our members about the subsidies available to undertake these policies, in order to facilitate their implementation. We also support and highly value the work of UIPI in this regard and to defend our interests as owners.

To find out more about CCPU, visit the official website