On 22 September, the Court of Justice of the European Union (CJEU) handed down its eagerly awaited decision in the case between the Paris municipality and two tourist accommodation rental companies (affaires C-724 et 727/18).

The two lessors, who were fined on appeal for renting a studio without authorisation, had referred the matter to the Court of Cassation which referred a preliminary question to the CJEU on the compatibility of the French legislation with Directive 2006/123 on the freedom to provide services in the internal market. 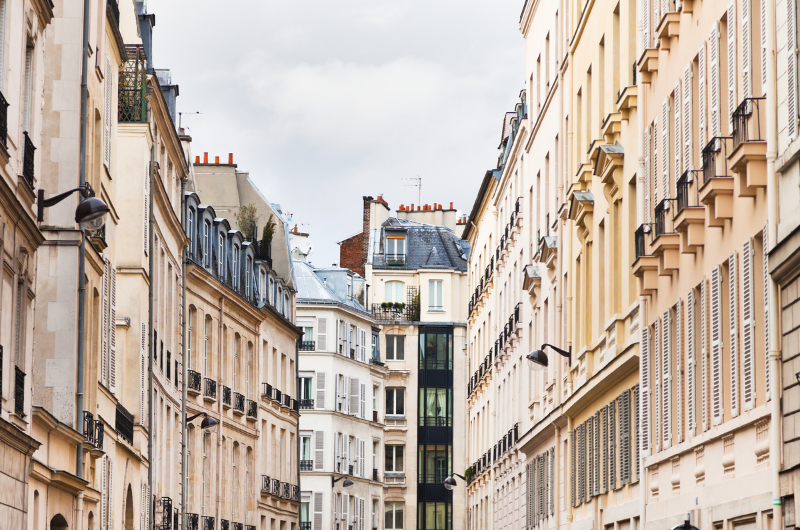 The case is about a number of restrictions imposed by the French law on the property owners wishing to let apartments for short periods to a transient clientele which does not take up residence there (in other words, ‘tourists’). In France, short-term rentals of one’s main residence are authorised for a maximum of 120 days per year. For other premises, in towns with more than 200,000 inhabitants and those in the inner suburbs of Paris, this activity may be subject to authorisation to change the use of the dwelling into a commercial tourist activity.

In Paris, this change of use is only granted if the owner compensates for the square metres lost to residential use by converting, in the same district or even in the same neighbourhood, as many square metres of office or commercial premises into residential use. Such requirement seems almost inaccessible to private individuals. Hence the appellants, who were sanctioned for letting their Parisian properties to tourists in violation of national and local rules, argued that the relevant requirements were contrary to Directive 2006/123 on services in the internal market.

The Court started its judgment by stating that an activity consisting in the repeated short-term letting of furnished accommodation to tourists is covered by the concept of ‘service’ within the meaning of the Services Directive and that the national norms targeting such an activity are not excluded from the scope of this legislation. Moreover, the Court confirmed that rules requiring persons wishing to provide the services mentioned above to obtain a formal decision from a competent authority, enabling them to access and to exercise service activity, constitute an ‘authorisation scheme’ within the meaning of Article 4(6) of Directive 2006/123.

Justification for establishing an authorisation scheme

As for the justification for establishing an authorisation scheme, the Court recognized that the objective of “dealing with the worsening conditions for access to housing and the exacerbation of tensions on the property markets […] to protect owners and tenants, and to increase the supply of housing while maintaining balanced land use” constitutes an overriding reason relating to the public interest referred to in Article 9(1)(b) of the Services Directive. Therefore, the European judges declared the French legislation to be in full conformity with EU law, by recognising that “the activity of renting furnished premises on a short-term basis has a significant inflationary effect on the level of rents, particularly in Paris and other French cities” (paras. 69 ff). In reaching this conclusion, the Court underlined the importance of economic data showing the gravity of the problem in the areas covered by relevant legislation.

Hence, the Court held that the national legislation at issue is proportionate to the objective pursued: it is materially confined to a specific letting activity, excludes from its scope the dwellings which constitute the landlord’s principal residence and the authorisation system established by it has a limited geographical scope. Moreover, the objective pursued cannot be achieved by a less restrictive measure, in particular because ex post control, for example by means of a declaratory system accompanied by sanctions, would not make it possible to curb immediately and effectively the continuation of the rapid movement of transformation that creates a shortage of dwellings for long-term rental.

As for the specific criteria for granting authorisations (Article 10 of the Services Directive), authorisation schemes shall be based on criteria which preclude the competent authorities from exercising their power of assessment in an arbitrary manner. Article 10 paragraph 2 states, among others, that the criteria shall be non-discriminatory, justified by an overriding reason relating to the public interest and proportionate to that public interest objective. 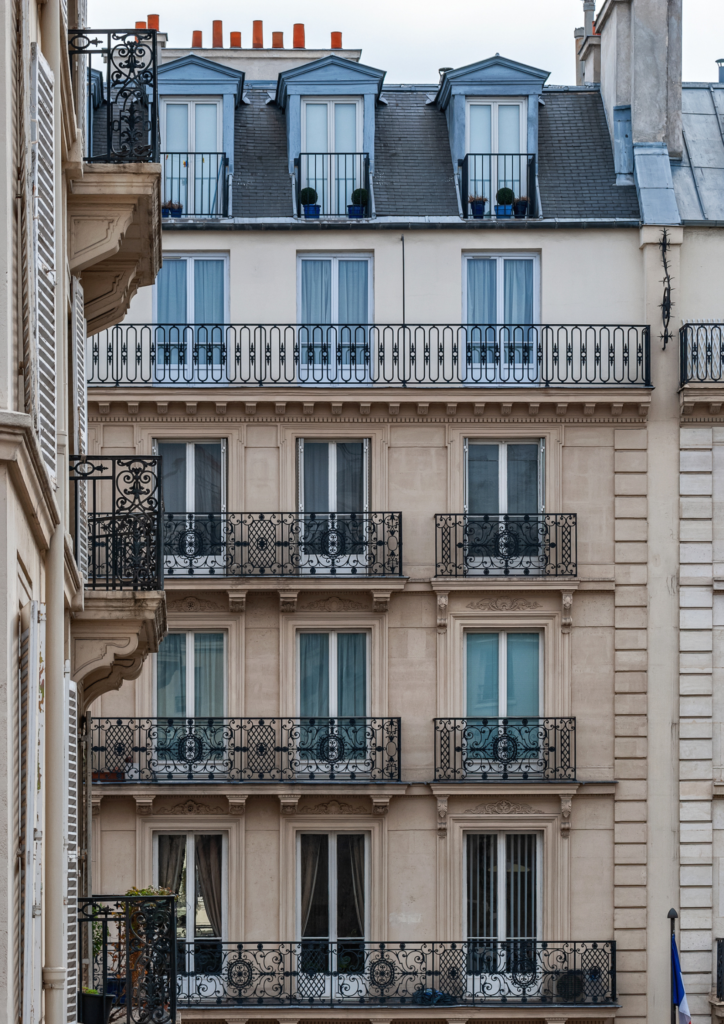 Proportionality of the offset requirement

In this context, particular attention is drawn to the proportionality of the offset requirement as a condition of the authorisation scheme. Although such system constitutes, in principle, an appropriate means of pursuing those objectives, since it leaves it up to the local authorities to determine, where appropriate, the amount of compensation, it is nevertheless for the national court to determine whether that option does indeed respond to a shortage of dwellings intended for long-term rental in the territory of those municipalities. In addition, the national court must ensure that that option is appropriate to the situation on the local rental market but also compatible with the exercise of the rental activity in question.

The above suggests that establishing compliance of the offset requirements with the principle of proportionality in the Services Directive it is not a foregone conclusion and requires considerable effort on the part of national courts. 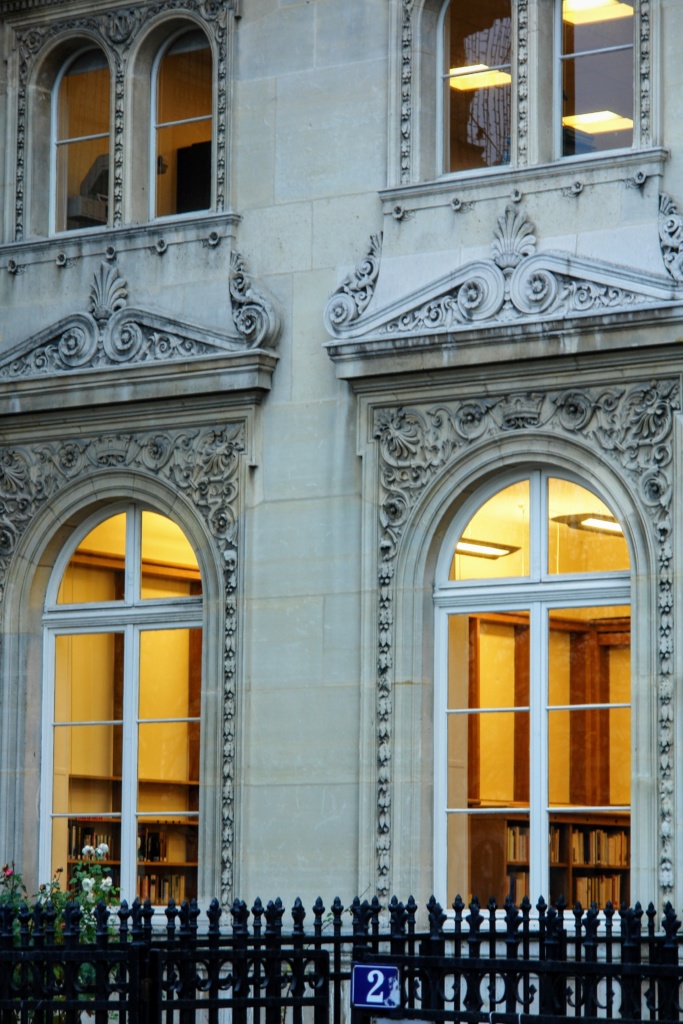 The last part of the judgment engages with the remaining conditions laid down in Article 10(2), namely unambiguity, objectivity, prior publicity, transparency and accessibility. Also in this respect, the Court provides a number of reference points, which national courts use to uphold authorisation schemes before them, without, again, providing them with unlimited discretion.

Among others, the fact that the legislation in question does not define, in particular by means of numerical thresholds, the concept of “the letting of a furnished room intended for residential dwelling on a repeated basis for short periods of time to a passing clientele who does not elect domicile there” does not in itself constitute a suitable means of proving a breach of those requirements, provided that the local authorities concerned specify the terms corresponding to that concept in a clear, unambiguous and objective manner.

Moreover, the fact that the conditions for granting authorisations and the quantum of the offsets are to be determined by the municipal councils of individual municipalities does not, in itself, affect the transparency, accessibility and prior publicity requirements as far as all owners wishing to let furnished accommodation to tourists are in a position to familiarise themselves with the conditions for granting authorisations, before committing to activities in question.

The decision was eagerly awaited by many actors in the housing sector, as well as by the tourist rental platform Airbnb, a large part of whose business is at stake in this case. If the Paris deputy mayor for housing considered the judgment a great victory, on the other Airbnb decided to minimise the consequences. Answering an interview on  Euronews, a spokesman of the company explained that even though Airbnb is not a party to this case, they welcome rulings such this one which can help clarify the rules for hosts. Moreover, the impact on their company will probably be little, as “in 2019, more than 9 out of 10 accommodations on Airbnb were shared for under 120 days”.

As regards the next step at national level, the opinion of the Court of Cassation is expected in the coming months but the results are far from predictable. The French judge will have to assess that the City of Paris does indeed provide evidence of a housing shortage, as required by the ECJ. The most delicate issue is the analysis of the ‘housing shortage’ criterion. For example, the Court could decide that the City of Paris should be obliged to dismantle the housing shortage on a case-by-case basis, district by district and not on a city-wide scale. Lorène Derhy, lawyer specialised in seasonal rentals, has rightly pointed out on BFMImmo that “a housing shortage in the 19th arrondissement will be more difficult to demonstrate than in the very touristy 7th arrondissement, for example“. For these reasons, maybe the Paris municipality should not claim victory too early.

Overall, beyond those reactions, it is quite clear that this judgment requires national courts to carry out a complex assessment of multiple criteria and does not give Member States an unconditional license to regulate services provided via platforms. It remains to be seen whether national courts will be rather scrupulous or flexible in the assessment of the criteria pointed out by the ECJ. This will probably not be the last chapter of this matter, as short-term leases is a delicate topic which often occurs in the national and European case law.