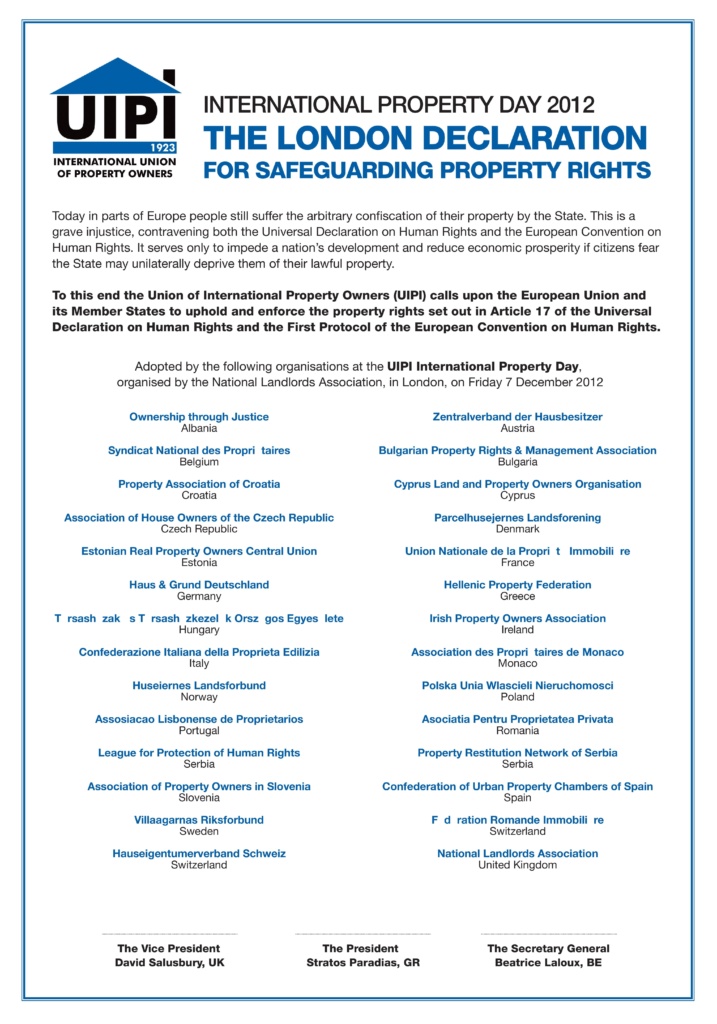 The UIPI met in London for its Property Day on 7 December 2012 , hosted by UK member, the National Landlords Association (NLA). The topic of the event was the respect of property rights.

At this occasion, the “UIPI London Declaration” was signed. It recognises that several European countries still suffer from laws which enable the state to arbitrarily remove lawfully-owned property. This contravenes both the Universal Declaration of Human Right and the European Convention on Human Rights. The UIPI is collectively urging member states to enforce these rules and as a consequence, remove any fear of a citizen being unilaterally deprived of their property. This practice is still evident today in several European countries.

Watch the video of the event.