Adrian joined the Board of Directors in 2016 as a Non-Executive Director. He is also Non-Executive Audit Advisory Chair at the Norse Group, as well as a Member of the Appointments Panel at the Independent Press Standards Organisation. 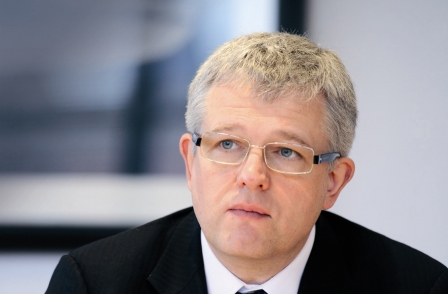 Adrian replaces Carolyn Uphill, who has been Chairman since July 2013. She oversaw the growth of the organisation, which now works with 81.000 landlords, up from 39,000 in 2013.

The new chairman thanked her for all her hard work and promised to continue to build the NLA´s voice and authority, highlighting the importance of increasing membership to enhance the organisation´s authority and better assert the landlord’s perspective to policy makers and in public debate.

UIPI President Stratos Paradias congratulates the new Chairman for his election and looks forward to working with him in the future. He also joins in in thanking Carolyn Uphill for her tremendous work and wishes her all the best for the future.

The National Landlords Association (NLA) is the UK’s leading organisation for private-residential landlords. It works with 81,000 landlords, of which over 38,000 are paying members, ranging from full-time landlords with large property portfolios to those with just a single letting. NLA membership helps landlords make a success of their lettings business by providing a wide range of information, advice and services. The NLA campaigns for the legitimate interests of landlords by seeking to influence decision-makers at all levels of government and by making landlords’ collective voice heard in the media. It seeks to raise standards in the private-rented sector while aiming to ensure that landlords are aware of their statutory rights and responsibilities. Based at its head office in Central London, the NLA currently employs over 30 full-time staff and has a network of more than 35 regional representatives and branches throughout the UK.